What Is Data Lineage? 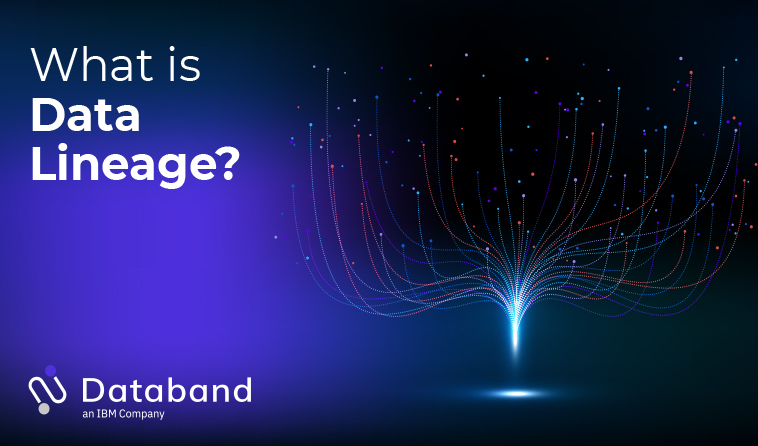 The term “data lineage” has been thrown around a lot over the last few years.

What started as an idea of connecting between datasets quickly became a very confusing term that now gets misused often.

It’s time to put order to the chaos and dig deep into what it really is. Because the answer matters quite a lot. And getting it right matters even more to data organizations.

This article will unpack everything you need to know about data lineage, including:

What is data lineage?

Its purpose is to track data throughout its complete lifecycle. It looks at the data source to its end location and notes any changes (including what changed, why it changed, and how it changed) along the way. And it does all of this visually.

In general, it makes it possible to identify errors in data, reduce the risk associated with system and process changes, and increase trust in data. All of these are essential at a time when data plays such an integral role in business outcomes and decision-making.

When data engineers talk about it, they often imagine a data observability platform that allows them to understand the logical relationship between datasets that are affecting each other in a specific business flow.

In this very simplified example, we can see an ELT:

What’s the difference between data lineage and data provenance?

Data lineage and data provenance are often viewed as one and the same. While the two are closely related, there is a difference.

Whereas data lineage tracks data throughout the complete lifecycle, data provenance zooms in on the data origin. It provides insight into where data comes from and how it gets created by looking at important details like inputs, entities, systems, and processes for the data.

Why is it important?

As businesses use more big data in more ways, having confidence in that data becomes increasingly important – just look at Elon Musk’s deal to buy Twitter for an example of trust in data gone wrong. Consumers of that data need to be able to trust in its completeness and accuracy and receive insights in a timely manner. This is where data lineage comes into play.

Data lineage instills this confidence by providing clear information about data origin and how data has moved and changed since then. In particular, it is important to key activities like:

What are common techniques?

There are several commonly used techniques for data lineage that collect and store information about data throughout its lifecycle to allow for a visual representation. These techniques include:

What are data lineage best practices?

When it comes to introducing and managing data lineage, there are several best practices to keep in mind:

What is end-to-end lineage vs. data at rest lineage?

When talking about lineage, most conversations usually tackle the scenario of data “in-the-warehouse,” which presumes everything is occurring in a contained data warehouse or data lake. In these cases, it monitors data executions that are performed on specific or multiple tables to extract the relationship within or among them.

At Databand, we refer to this as “data at rest lineage,” since it observes the data after it was already loaded into the warehouse.

This data at rest lineage can be troublesome for modern data organizations, which typically have a variety of stakeholders (think: data scientist, analyst, end customer), each of which has very specific outcomes they’re optimizing toward. As a result, they each have different technologies, processes, and priorities and are usually siloed from one another. Data at rest lineage that looks at data within a specific data warehouse or data lake typically doesn’t work across these silos or data integrations.

Instead, what organizations need is end-to-end data lineage, which looks at how data moves across data warehouses and data lakes to show the true, complete picture.

Consider the case of a data engineer who owns end-to-end processes within dozens of dags in different technologies. If that engineer encounters corrupted data, they want to know the root cause. They want to be able to proactively catch issues before they land on business dashboards and to track the health of the different sources on which they rely. Essentially, they want to be able to monitor the real flow of the data.

With this type of end-to-end lineage, they could see that a SQL query has introduced corrupted data to a column in a different table or that a DBT test failure has affected other analysts’ dashboards. In doing so, end-to-end lineage captures data in motion, resulting in a visual similar to the following:

What are the benefits of end-to-end data lineage?

Modern organizations need true end-to-end lineage because it’s no longer enough just to monitor a small part of the pipeline. While data at rest lineage is easy to integrate, it provides very low observability across the entire system.

As if that wasn’t enough, most of the issues with data happen before it ever reaches the data warehouse, but data at rest lineage won’t capture those issues. If teams did have that visibility though, they could catch issues sooner and proactively protect business data from corruption.

What should you look for in a data lineage tool?

As it becomes increasingly important, what should you look for in a data lineage tool?

Above all else, you need a tool that can power end-to-end data lineage (vs. data at rest lineage). You also need a solution that can automate the process, as manual data lineage simply won’t cut it anymore.

With those prerequisites in mind, other capabilities to consider when evaluating a data lineage tool include:

Data lineage isn’t a new concept, but it is one that’s often misunderstood. However, as data becomes more critical to more areas of business, getting it right is increasingly important.

What is Data Observability?

Do you know the current status — quality, reliability, and uptime — of your data and data systems? Not last month or last week, but where they stand at this moment. As businesses grow, being able to confidently answer this question becomes more important. That’s because data needs to be clean, accurate, and up-to-date to be considered reliable for analysis and decision-making. This confidence comes through what’s known as data observability.

Getting Started with Data Observability

In the past years, organizations have been investing heavily to convert themselves into data-driven organizations with the objective to personalize customer experiences, optimize business processes, drive strategic business decisions, etc. As a result, modern data environments are constantly evolving and becoming more and more complex. In general, more data means more business insights that can lead to better decision-making. However, more data also means more complex data infrastructure, which can cause decreased data quality, a higher chance of data breaking, and consequently erosion of data trust within organizations and risk of not being compliant with regulations. The data observability category — which has quickly been developing during the past couple of years — aims to solve these challenges by enabling organizations to trust their data at all times. Although the category is relatively young, there are already a wide variety of players with different offerings and applying various technologies to solve data quality problems.

What Is Data Reliability And How Observability Can Help ?

Data matters more than ever – we all know that. But at a time when being a data-driven business is so critical, how much can we trust data and what it tells us? That’s the question behind data reliability, which focuses on having complete and accurate data that people can trust. This article will explore everything you know about data reliability and the important role of data observability along the way, including:

How important is data lineage in terms of data observability ?

This is a long due post, predominantly because there is a lot of confusion around data lineage , data observability and the interdependencies.

What is Data observability, do I need it?

I started my career as a first-generation analyst focusing on writing SQL scripts, learning R, and publishing dashboards. As things progressed, I graduated into Data Science and Data Engineering where my focus shifted to managing the life-cycle of ML models and data pipelines. 2022 is my 16th year in the data industry and I am still learning new ways to be productive and impactful. Today, I am now the head of a data science & data engineering function in one of the unicorns and I would like to share my findings and where I am heading next.