Snowflake is the new Salesforce

Salesforce has been considered for a long time as the source of truth. However, in the last 5 years, the number of SaaS tools used by companies has been multiplied by 10. Data are disparate across more tools than it was before (analytics data, product data, marketing data, financial data …) and Salesforce became less and less the reference for business and customer data. 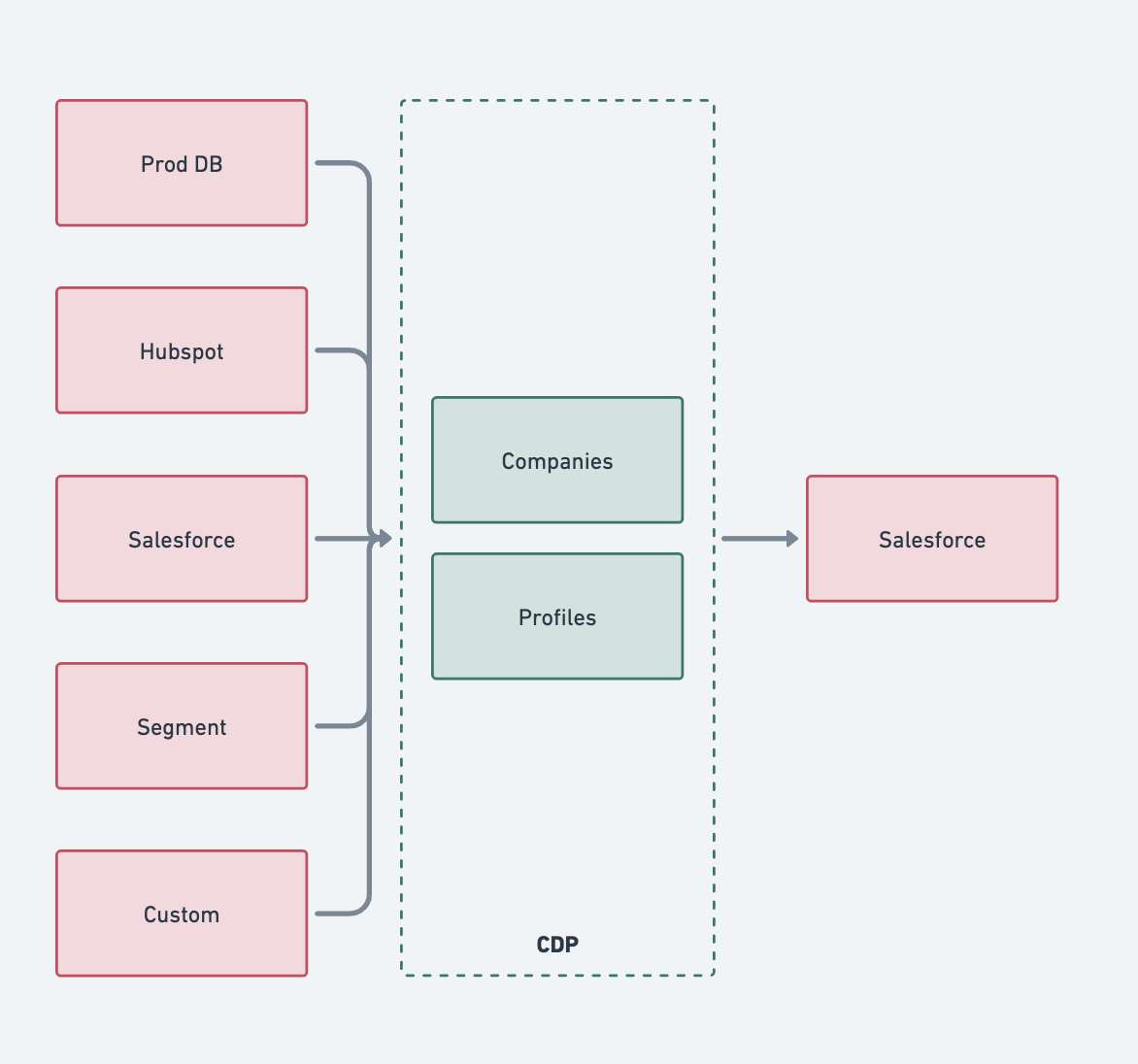 The first generation of tools called CDPs tried to solve these problems. Their main value proposition was simple: Reconsolidate data (mainly analytics data and customer data) to have a clear overview of the customer journeys and sync them back into your company’s CRM. They were promising to own the source of truth again. But they actually made the same mistake than CRMs did. They couldn’t easily adapt and fit the data complexity of your organization. You ended up with an infinite loop, data you couldn’t unmerge and automatic workflows you couldn’t control.

The second generation of tools called Reverse ETL tackled the problem in a smarter way taking advantage of the rise of cloud data warehouse adoption. As the data warehouse was becoming central in companies for data visualization, they leveraged the work done by analytics engineers to sync it back into your CRM. 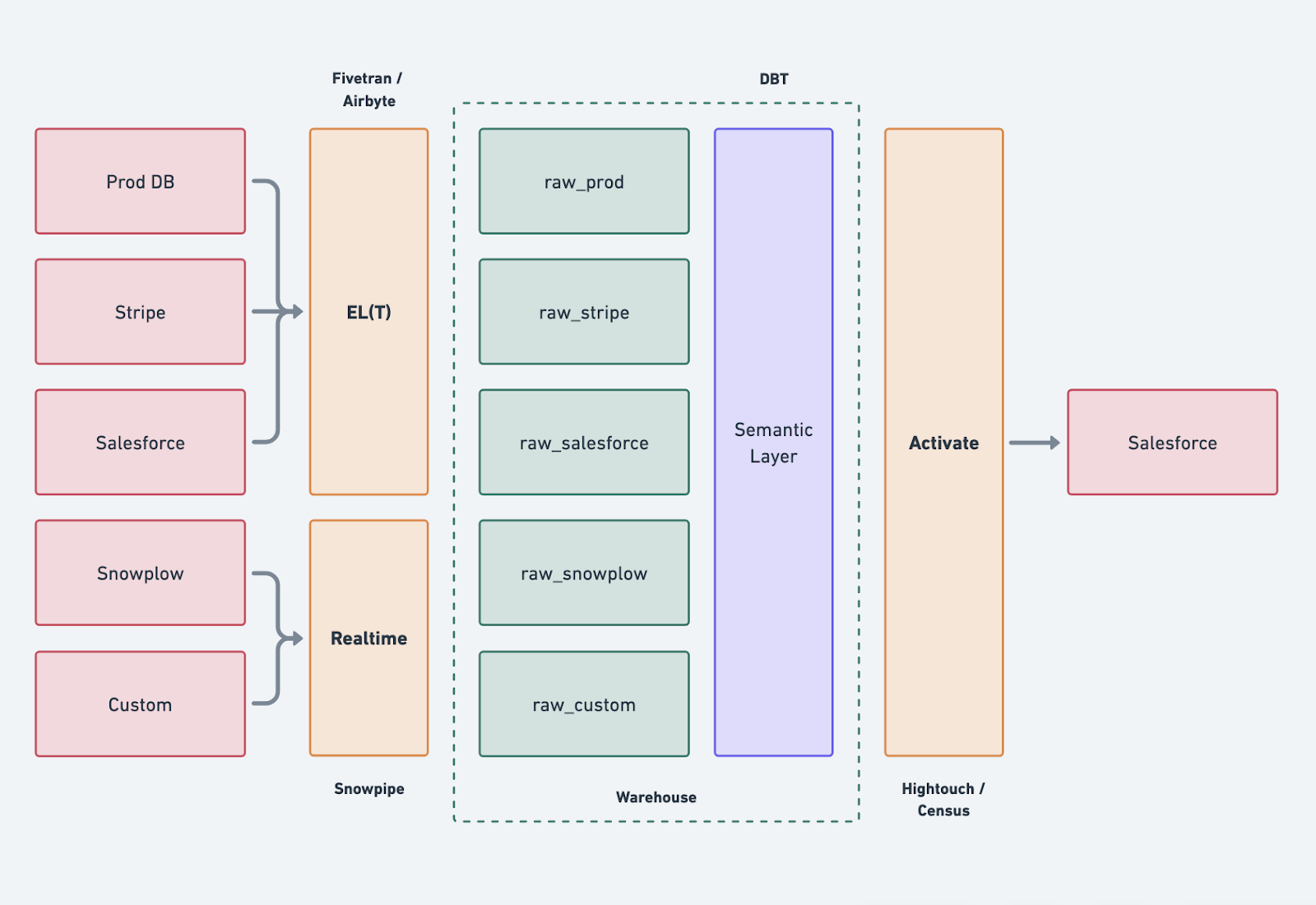 But finally, if we step back, what are these 2 tool categories are trying to do? … They are just patching CRM limitations.

Inflexible - Models can’t be easily recomputed as your organization grows. You have to be cautious when starting to build your CRM properly otherwise you’ll end up with messy and unusable data and have to start again from the beginning

Locked up - APIs were great for the old world but limited when we are talking about synchronizing/updating a big amount of data. Data is managed and owned by our CRM and can’t be easily accessible for other providers/services.

And who is the best applicant to solve all these limitations? … Your data warehouse. Instead of trying to push it and format it in another tool you don’t master/control. Why not just use these models you or your team built while remaining in the warehouse.

That’s why we truly believe that the data warehouse and especially Snowflake is going to be a dangerous competitor for Salesforce in the coming years.

And both of them know their strengths and weaknesses. Snowflake owns the data and Salesforce, the sales interface. On one side, Salesforce signed a partnership for easy data sharing. On the other side, Snowflake announced the launch of Unistore and the Native Application Framework that show their interest in not only being considered as a data warehouse anymore. Their ambition is to become a data operation system with a marketplace and to define a new standard for software to communicate together and access the data. 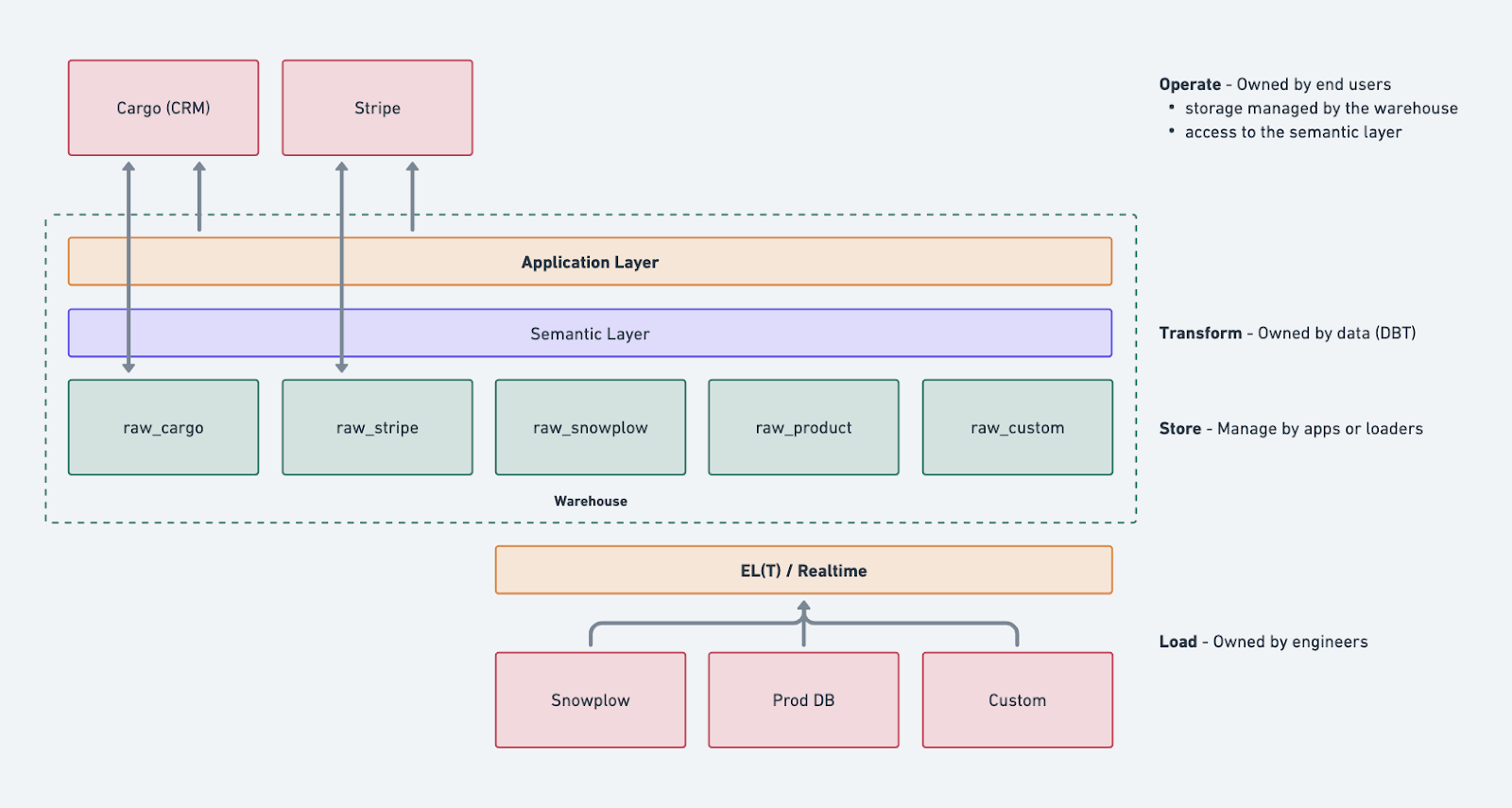 Semantic layer will become a new standard for SaaS apps to communicate together. Data engineering will provide a unified data business layer that apps could consume. APIs won’t be necessary anymore to sync data between tools. SaaS tools read and write data in the data warehouse and won’t own your data.

At Cargo, we want to lead this revolution and define the future of CRMs.

The CRM is no longer seen as the definitive source of trust for enterprises when it comes to collecting customer data. Instead, it has become just another SaaS tool that is unable to handle the complex data architectures that modern enterprises have created.

I searched for &lsquo;data platform&rsquo; on Unsplash and this is what I got. Photo by fabio on Unsplash Hi from Data Management team at Eureka