A "Feature Store" is a storage for various machine learning features. It is an abstraction between your raw data, and the interfaces required by the model.

What is a Feature Store?

Feature stores orchestrate the data processes that power ML models. ML models have unique data access requirements to facilitate both model training and production inference. The Feature Store serves an abstraction between your raw data, and the interfaces required by the model. Feature Stores create this abstraction by enabling data scientists to automate the processing of feature values, generate training datasets, and serve features online with production-grade service levels.

Why do I need a Feature Store?

ML models will only ever be as good as the data that we feed to them. To deploy a model to production, data teams have to build production data pipelines to transform and serve features online. These production ML pipelines are different from traditional analytics pipelines. They need to process both historical data for training, and fresh data for online serving. They must ensure training/serving parity, and provide point-in-time correctness. Features must be served online at high scale and low latency to support production workloads. These challenges are difficult to tackle with traditional data orchestration tools, and can often add weeks or months to the delivery time of new ML projects.

Feature Stores solve these problems by enabling data teams to:

The Feature Store is a relatively new concept, and so the exact definition is still evolving. The key components of a feature store commonly include: 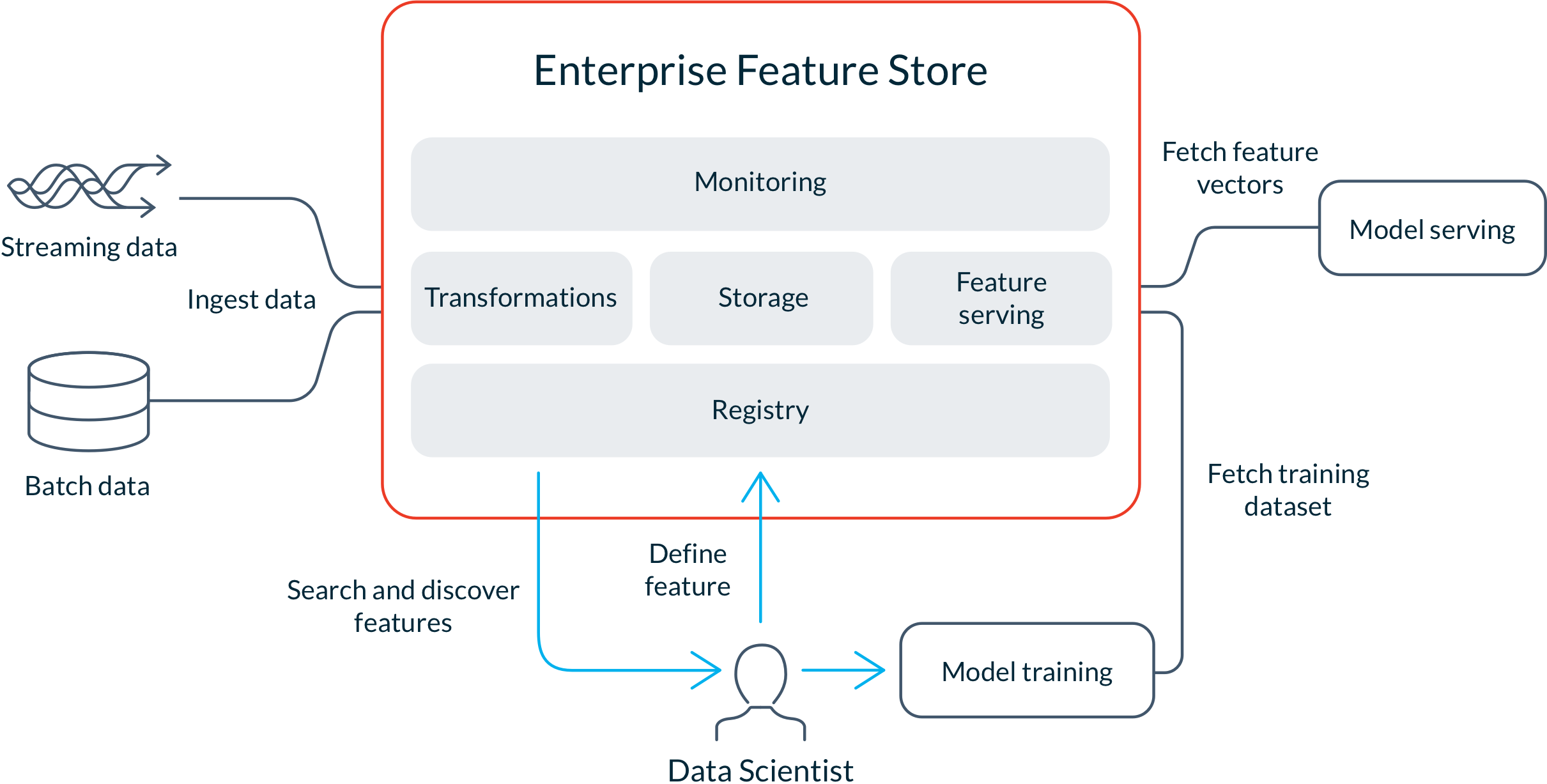 What to Look for When Choosing a Feature Store

Users now have plenty of feature store offerings to choose from. AWS, Databricks, Google Cloud, Tecton, and Feast (open source) all come to mind. However, not all feature stores are created equal. The main things a user should pay attention to when choosing an offering are:

Want to learn more? You can check out Tecton’s ‘What is a Feature Store’ blog, or compare some of the leading offerings at the MLOps Community’s great feature store evaluation page here. Here are some amazing companies in the Feature Store.

Feast.dev is the open source part of tecton. It allows teams to define ...

Continual is the easiest way to maintain continually improving predict ...